Well, Christmas is almost upon us and I have to confess that I enjoy the seasonal treats of mince pies, Christmas Cake and Turkey with all the trimmings, but I know that’s not for everyone. As this is the Christmas edition of ‘Friends Matter’, it is an opportunity to thank all our loyal supporters both before and during the pandemic for your unending support for all that we do. 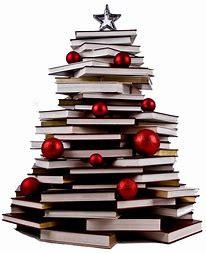 Final figures for our Winter raffle are yet to be declared but we believe that just over 400 raffle tickets were sold which is a fantastic result, considering that for many weeks the library was closed to visitors. So, may I also thank all those who contributed prizes and to all of you who have purchased raffle tickets. The draw took place on Friday 11 December and all winners have been contacted by phone,  but if you wish to doublecheck if you were a winner, do visit the library or call 01803 853870.

Our Christmas Market Stall is still open with a number of lovely gifts and decorations for sale and will remain open up until the library closes on Christmas Eve at 13.00pm. Brixham Library reopens on Thursday 31 December before their New Year closure from Friday 1 January, reopening on Monday 4 January 2021.

Our thanks to all the staff in Brixham Library, particularly to Emma, Becky, Michelle and Sarah but also to the relief staff too and the library volunteers who work so hard to keep our library as it should be.

Whether you are taking the opportunity to enjoy sitting by the fire or perhaps a looking for a distraction from endless Christmas viewing on the TV (or trying your hand at being quizmaster), I hope you will find the following of interest, an assorted list of past events that took place during the month of December.

65 years ago, Rosa Parks, an American black lady refused to give up her seat on a bus to a white person.  This action started the American Civil Rights Movement.

4 Dec.1872      Crew from the British brigantine Die Gratia boarded a ship drifting mid Atlantic. The captain’s table was set for a meal aboard the US ship Marie Celeste, but the Captain, crew and passengers were all missing.

6 Dec.1921      Ireland’s 26 southern states were granted independence from Britain, becoming the Irish Free State. Ulster in the north remains part of the UK.

7 Dec.1783      William Pitt became British Prime Minister and Chancellor of the Exchequer at the tender age of 24.

10 Dec.1901    The first Nobel Peace Prizes were awarded worth $30,000 each. Nobel, a Swedish chemist, had died five years earlier leaving the fortune he had amassed from his invention, dynamite, to the awarding foundation.

11 Dec.1936    Britain’s King Edward VIII renounced the throne in a radio broadcast to the nation. After the broadcast he boarded a ship to join the twice-divorced Mrs Wallis Simpson in France.

14 Dec.1895    Birth of King George VI, who succeeded to the throne when his brother, Edward VIII, abdicated.

15 Dec.1791    The Bill of Rights became part of the United States Constitution providing protection for the basic rights of the individual to free expression and justice.

18 Dec.1946    Clement Atlee’s Labour government won the vote on state ownership which led to the nationalizing of the railways, ports, mines, etc.

21 Dec.1988    A Pan American jumbo jet bound for New York was blown out of the sky by a terrorist bomb and crashed onto the Scottish town of Lockerbie killing all 259 passengers and 11 people on the ground.

400 years ago, the Mayflower arrived in America.

24 Dec.1508    London houses received piped water again, for the first time in over a thousand years, since  the Romans left town!

25 Dec.440      Church leaders agreed to fix the date of the birth of Christ. Previously some people had celebrated it in May, others in January.

26 Dec.1943    In World War II, a Royal Navy convoy including the battleship Duke of York and cruiser Jamaica attacked and sunk the mighty German battlecruiser Scharnhorst.

28 Dec.1918    The results of the first General Election in Britain in which women have been allowed to vote, confirmed David Lloyd George as Prime Minister.

30 Dec.1879    First performance of the Gilbert and Sullivan comic opera The Pirates of Penzance, at the Royal Bijou Theatre, Paignton, Devon. 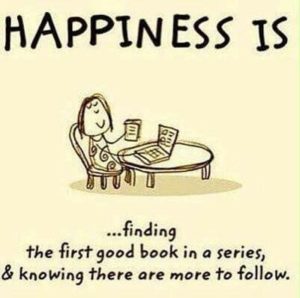 On behalf of the FoBL Committee may I wish you a very Happy Christmas and look forward to meeting you all again in the New Year.