The opening of the project to celebrate the great war at Brixham library takes place on Monday 4th August.

The Friends of Brixham Library have been instrumental in achieving funding from the Heritage Lottery for this project to celebrate the centenary of the First World War and its impact on Brixham at that time. 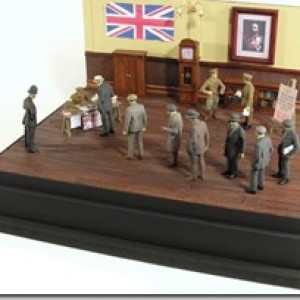 The project has been led by Phil Trayhorn, Secretary of the Friends of Brixham Library. Under his guidance a wide group of organisations have been brought together to raise awareness of the horror of war and to commemorate local men who fought.

4th August sees the unveiling of a triptych scale model showing Brixham volunteers taking the Kings shilling, their time in the Devon’s Regiment – both in the trenches and at the battle of the Somme. Finally we see a modern family reflecting on the names engraved on the Brixham war memorial. The carpet of poppies was made by local school children. Barbara Dawes, of Brixham Quilters, created the butterfly ‘postcard home’ and the oil painting backdrop was painted by Oscar Law, a Churston Grammar School student. An anthology of Remembrance poems has been compiled by youngsters at Brixham College and beautifully illustrated by Peter Archer. 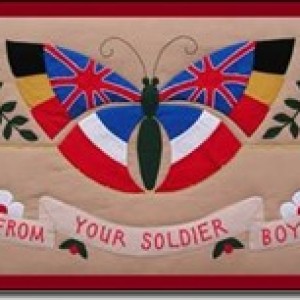 In March a play entitled ‘The Provident’ written by David Murphy based on William Pillar, Brixham skipper of the Provident, rescuing 72 naval survivors in Lyme Bay in1915 will be staged at the Brixham Theatre.

The Museum is collecting memorabilia and details of all those who fought in the war to update showcases and their website, also creating a mobile display of letters home and photographs.